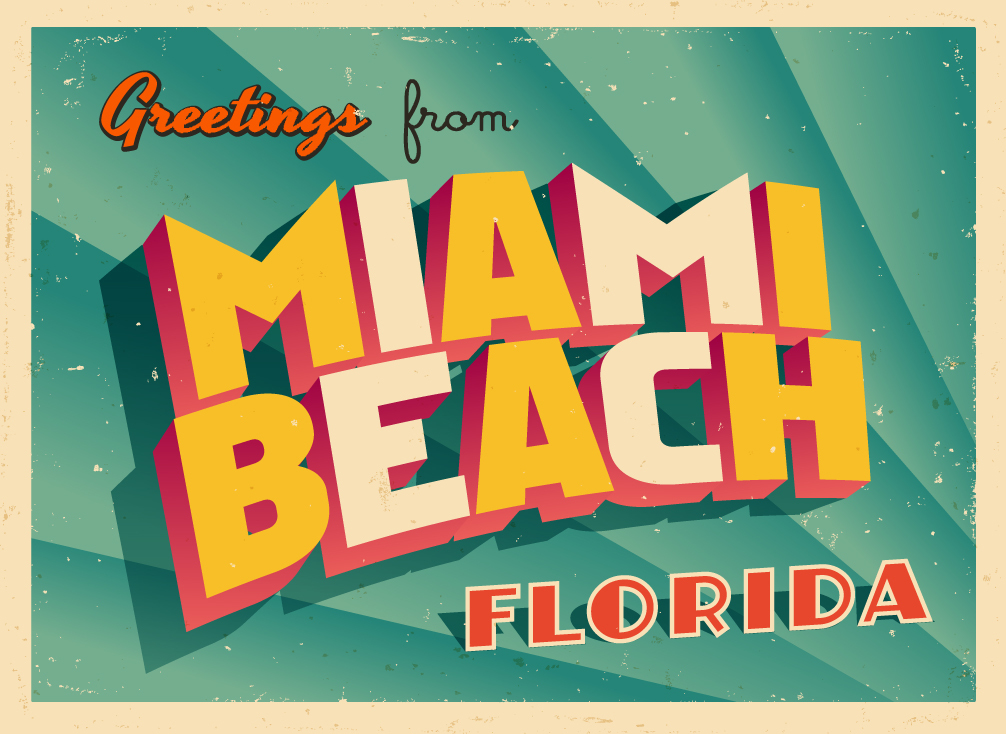 Palm trees. Sunshine. Suntans. Miami Vice. Hollywood. Beautiful people. These are all the thoughts that come to mind when Miami Beach is mentioned. However, Miami Beach history is rich and full of entrepreneurial success, diversity, and military presence. The city has transformed into a cultural arts mecca as one of the world’s most visited tourist destinations.

Before it became Miami Beach, “Mayaimi” was sought after for the Miami River as a food supply by Native Americans known as Tequesta tribe. Juan Ponce was the first European to visit in 1513, resulting in Spain being credited with the first reported landing in 1566. Soon, Spain began a mission on Christianity which failed and the majority of the tribe died from smallpox and other diseases.

As more Native Americans were displaced from the US land expansion initiatives in the 1700s, many migrated to South Florida. The Seminoles tribe made up the majority of the migrants. When Florida was ceded to the US and purchased from Spain, the Seminole tribe waged 3 wars against the US government in 1819. The Miami area was devastated from the wars, which slowed settlement progress until 1842.

The “Village of Miami”

William English chartered the “Village of Miami” on the south bank of the Miami River. Soon after, a wealthy widow purchased a citrus plantation and envisioned the city as a gateway to international trade. She persuaded a millionaire to extend a railroad to Miami, agreeing to give him land in exchange.

Miami Beach began as a 165-acre plot of land purchased from Quakers for planting and harvesting coconuts for $ 0.25 an acre in 1875. Much of the land was originally marsh but was turned into a man-made island with the help of the Army Corps of Engineers after being sold to two new partners from New Jersey. It wasn’t long until many entrepreneurs recognized the potential of Miami Beach.

In 1896, the railroad tracks made it to Miami and the city was incorporated. At this time, only men had the right to vote and a majority of them were Bahamian migrants. The “City of Miami” was official with 444 citizens. The partners eventually build and completed the first bridge from Miami to Miami Beach in 1913 and it was the longest wooden wagon bridge in the world for that time period. Streets, water, and power systems were soon built and the city flourished. Miami Beach eventually became known as the “BillionDollar Sandbar”, separated by Biscayne Bay from Miami mainland.

The 1920s brought about explosive growth and financial prosperity in the 1920s, which is evident in the 3-mile stretch known as “Millionaire Row”. This area was eventually developed over time with small hotels becoming the famous Art Deco District, also popularly known as South Beach or “SoBe”. It became a major military training center during WW II with half a million Army Air Corp serviceman, eventually making Miami Beach their permanent home and doubling the prewar population.

In 1959, Fidel Castro took over Cuba and half a million Cubans migrated to the area, drastically shifting the demographics and culture. According to the 2000 Census, the Miami Beach population consisted of 56% foreign-born residents, with Latinos comprising a majority of this group. The 80s and 90s saw an influx of capital investment and luxurious redevelopment, turning Miami Beach into America’s playground. 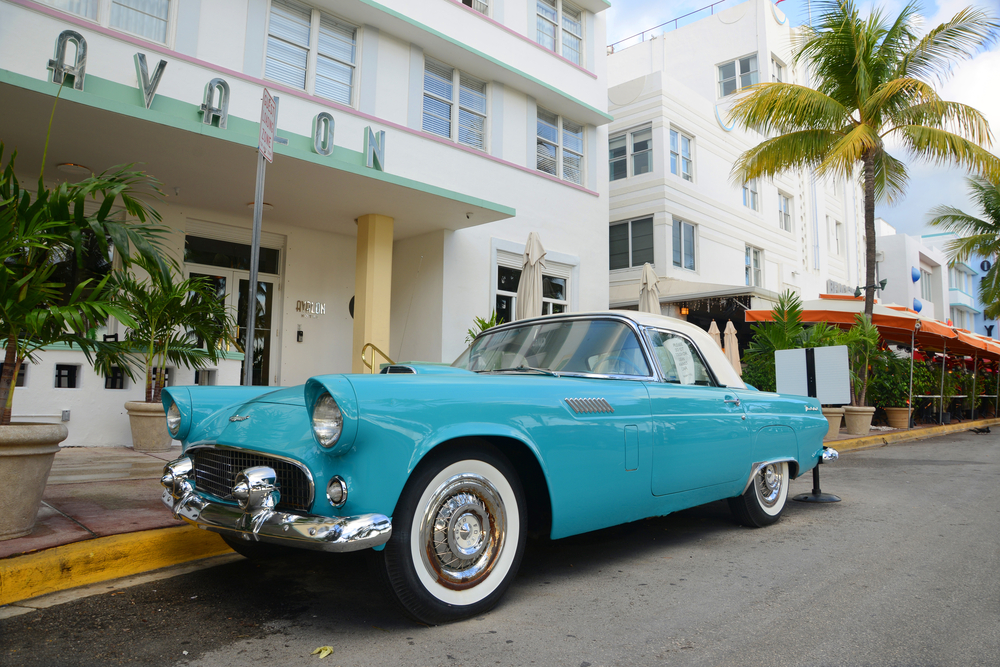 Now, Miami Beach is almost unrecognizable when compared to the 80s and 90s. However, as Miami Beach history has shown, it still remains the center of international culture. Miami Beach is now a cultural hub with a dynamic mix of Caribbean, Haitian, Nicaraguan, and Cuban – American flavor.

It remains the headquarters for many multinational companies and financial institutions. Its eclectic flair and cultural diversity is a draw for many tourists around the world. We welcome you to discover the beauty of Miami Beach history for yourself beginning on Ocean Drive, where many famous Hollywood films were made. Whatever adventure you are looking for, it is all right here at Miami Beach. Check out our website to find just the thing for you in wonderful Miami Beach. 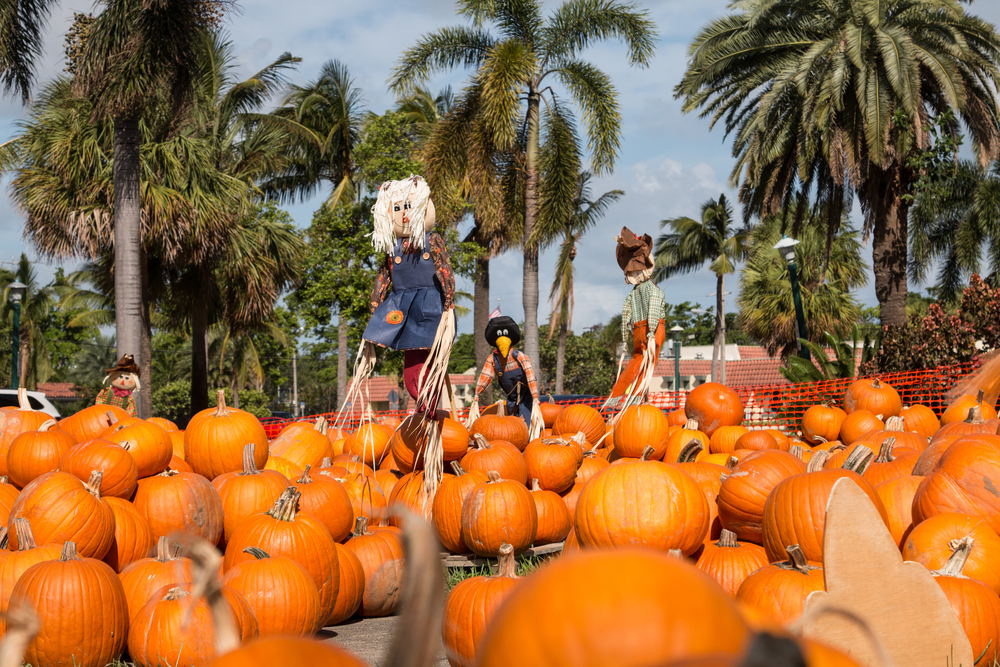 The fall season is upon us and we couldn’t be more excited! Cooler weather doesn’t mean that Miami Beach has cooled off. On the contrary, Miami Beach stays hot and we have the event list for October to prove it! No matter what you are in the mood for this coming month, we’ve got you covered. And you are in luck since October is BOGO month on most popular attractions in the city.

If you are looking for an adventure on the land or in the sea, Miami Beach October BOGO is where the fun is at. Some of the participating attractions include Jungle Island, Miami Seaquarium, Vizcaya Museum and Gardens, and Zoo Miami. All participants are offering free admission with the purchase of a ticket and other fantastic goodies you don’t want to miss.

Looking for something else to do in October? There are plenty of others to chose from that include cultural festivals, concerts, and sports events.

Take a look at other Miami Beach October events:

If you’re looking for a family adventure, look no further. Here’s where to take the kids:

There’s too much good stuff happening in Miami to just choose one, so visit our page to keep up with the dates and locations. Plan your Miami Beach October events by following the list above. You deserve it!