The Miami Winter Music Conference is back, and it is better than ever. Originally founded in 1985 as an electronic festival, nestled in Miami Music Week, the WMC has been a long-running tradition bringing together artists, producers, record labels, industry professionals, and promoters for a three-day festival of parties, award ceremonies, and outdoor concerts. It is the ultimate party.

Miami Music Week is an annual gathering of hotel, pool, and club events attended by hundreds of thousands of people, that take place around Miami and South Beach during Ultra Music Festival, which is the crowning event. The best and   Miami clubs and pools are featured for this week-long party extravaganza. The dates for the UMF and WMC typically overlap. In 2019, UMF will now require non-removable, non-transferable wristbands for increased security.

The WMC was recently acquired by Ultra Worldwide, who also purchased International Dance Music Awards (IDMA). As the world’s most successful independent, international music festival brand, Ultra intends to restore the WMC to its former glory days of the most popular dance music industry and networking conference worldwide. 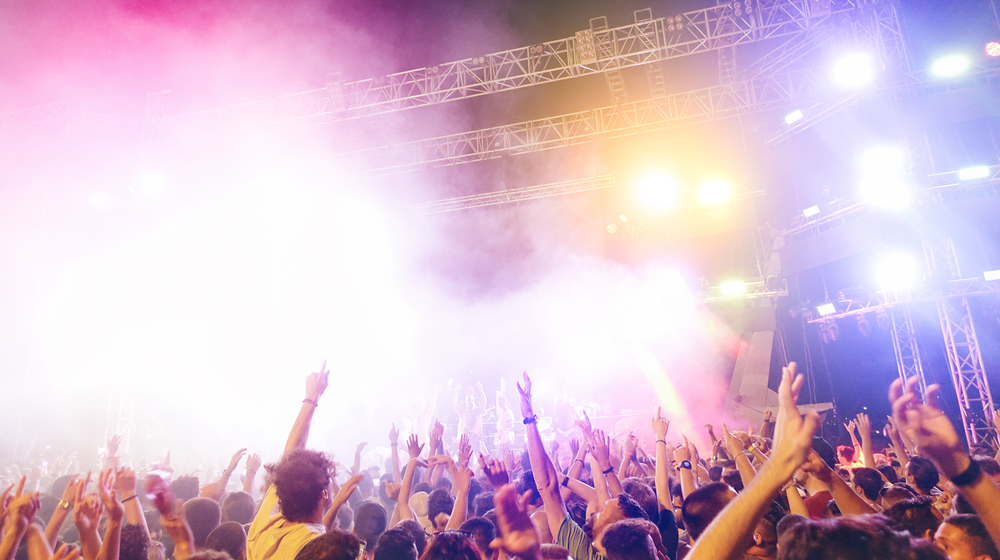 According to Billboard, the Ultra Co-Founder Chair and CEO, Russell Faibisch, was quoted saying, “For decades, the electronic music industry ran through WMC. It was where the mega deals were done and provided a launching point for countless legendary tracks as well as breakthrough DJs. In March 2019, WMC returns with a fully revamped program that gets the industry back to business. It’s the perfect start to an unforgettable Miami Music Week.”

In the upcoming year of 2019, WMC will remain in South Beach in the dynamic Faena District on the week leading up to UMF Miami in late March. In the new year, WMC will feature two tracks of attendance, including passes by invitation and application. This event offers the opportunity for electronic music industry professionals to network with peers in other sectors, such as marketing and social media.

Those parties hosted by the WMC are considered “Official events” and are either free or exclusive to WMC badge holders. Non-official parties are typically hosted by independent promoters, artists, and venues. Tickets are available through these individual organizers and may be sold online as well. However, tickets for WMC will available through the events page on WMCinfo.com in late February and early March.

The WMC badge offers free or reduced price entry to seminars, workshops, networking events, exhibits, and Q&A sessions. For those popular or more difficult to enter events, The List will be available online, detailing badge acceptance policies and other relevant information. Still, if you’re interested in industry events, networking, and workshops, the badge is the best option. If you are only interested in specific events, it is best to purchase individual tickets.

The place to be!

You don’t want to miss out on this dance music paradise in the hottest city on earth! Every major electronic dance music performer will be there to keep the party going. Party locations will vary from Miami Beach to Downtown Miami, and everywhere in between.

Over 1200 artists will be performing at more than 400 venues within and around Miami. Headliners like Afrojack and David Guetta have been known to join the party. Don’t be surprised to see special guests show up as well. Will Smith, prominent actor and musician, has been known to make a surprise appearance.

WMC continues to be the world’s greatest migration of dance music lovers. If you think you can hang, save the dates for March 25 – 28th and prepare yourself for the 34th year of the Miami Winter Music Conference.

Curious to find out more? If you are a musician or industry professional, check out the Miami Winter Music Conference website to get access. For dance music lovers, give us a call or visit our website for more information on how to purchase tickets to the hottest party of the year. 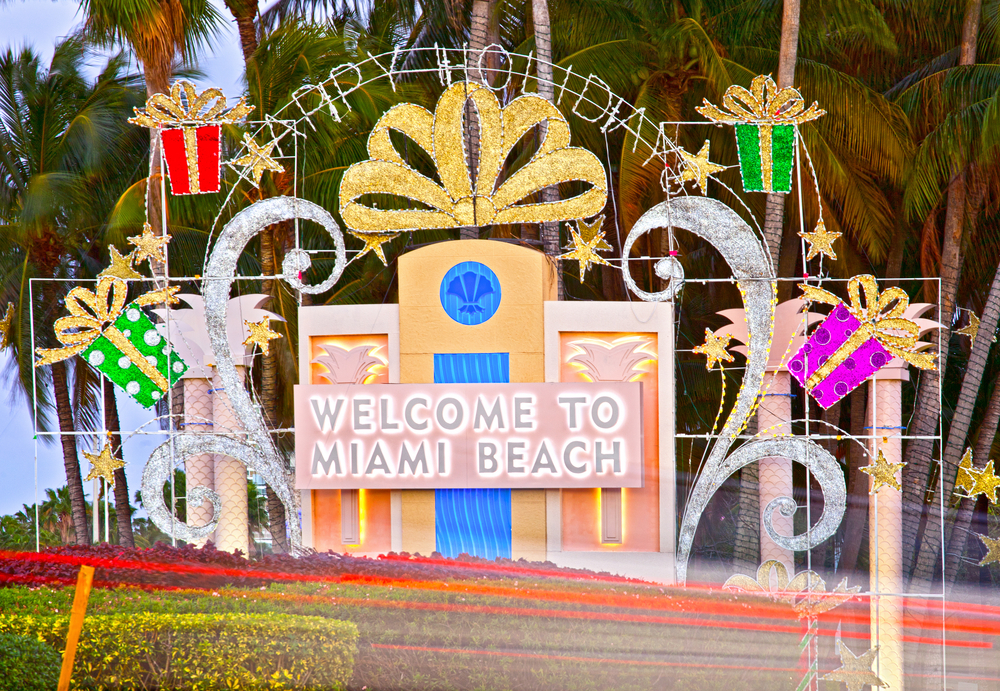 There is no shortage of things to do in Miami during the holidays. Although Miami may not be the first place you think of when you consider holiday getaways, it is definitely one of best. The city is the best place to celebrate the holidays minus the snow. So, if your looking for family-friendly holiday fun or an escape from adulting, look no further! Check out the holiday events in Miami!

Here are some of the holiday events in Miami:

This holiday gala takes place on December 6th from 7 – 10 pm, at the Miami Springs Lions Club, and is hosted by the DJs Producers and Remixers Group. Ticket prices are set at $10 presale and $15 at the door. Dance the night away and join the DPR for music and plenty of food and beverages.

Come to socialize and dine with the Florida Structural Engineers Association on December 11th at the 94th Aero Squadron, from 6:30 – 10:30 pm. Scholarships will be awarded and presentations given by the University of Miami and Florida International University students.

Attendees are encouraged to provide 3 powerpoint slides with information about their business and current or future projects. These will be visible on a screen throughout the evening. Costs vary from $10 for students to $50 for non – members. Payment can be made online or the night of the event.

The Club at The Biltmore Hotel Miami Coral Gables is the place to be and celebrate the holidays on December 13th. With complimentary, buffet dinner, and premium liquor cash bar, The Club is the perfect holiday getaway for the 21 and over crowd. Tickets must be purchased before the event and are available at $75 for non-members, and $55 for members. 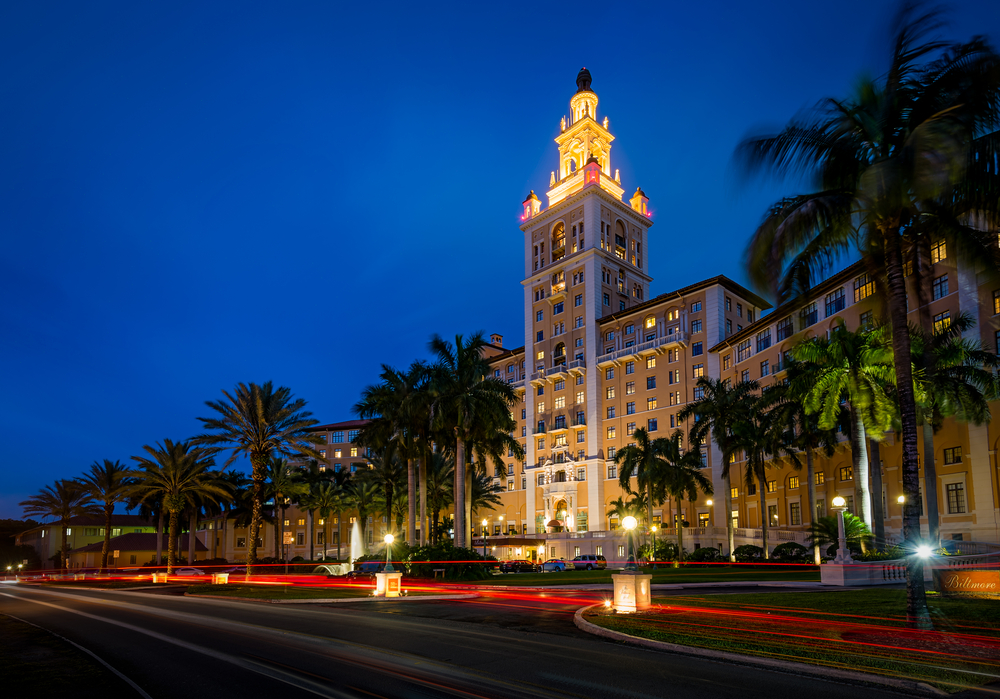 Celebrate the holidays at a yoga sanctuary for a night of fun, music, dancing, and vegan food. This free event takes place at Lightrail Yoga on December 16th, from 5:00 to 8:00 pm.

The Merry Holiday Mixer will be held at Esquire Solutions on December 4th from 5:30 to 7:30 pm. Join Miami Client Executives for complimentary hors-d’oeuvres, drinks, and prizes. RSVP by November 30th through EventBrite.

Playing UNO never gets old! This holiday celebration will be held at Fatboy Wings & Tings on December 18th, from 4:00 – 9:00 pm. Come to win your chance at UNO Championship Belt and bragging rights for a year.

There will also be free food, music, and raffles. This event is hosted by Team of H.O.P.E., Inc. and requires either a $20 donation per entry or $10 entry with a NEW, unopened toy donation.

8th Annual Christmas in the Grove

This holiday gala will be held on December 16th from 5:00 – 8:00 pm, at the City of Miami Elizabeth Virrick Park Gymnasium. This event, hosted by the Agape 4 Orphans International, will be complete with a dinner, dance, and toy and gift giveaway.

This holiday event will be hosted at the Cancun Grill Doral at Midtown Doral with cocktails and hors-d’oeuvres. The holiday bash will begin with an open bar from 7:00 – 11:00 pm complete with live music, raffle prizes, and free parking. RSVP by November 23rd for the event on November 30th.

No matter what, Miami keeps things hot during the holidays! With so many events available, it’s no wonder Miami is still the best place to be to celebrate the holidays. These holiday events in Miami won’t last forever, so make sure to register for your event early. You don’t want to miss out on the festivities.

Still didn’t see anything that may interest you? You may want to check out our list of family-friendly holiday events in Miami. From Christmas carnivals to holiday concerts and live music, Miami comes alive during the holiday season. You are sure to find a celebration fit for the whole family.

Read more about various events in Miami on our website, today!