Florida’s playground stays hot year round, and winter is no exception with family-friendly activities in Miami that you won’t want to miss. Now is the perfect time to treat family and friends and visit Miami’s holiday hot spots. And don’t worry, we’ve compiled a list of great events you’ll want to be sure to mark in your calendar, to attend during this winter season.

You don’t want to miss this opportunity to see Ironman, Spiderman, Dr. Strange, and the Hulk all come to life right before your eyes in this action-packed live Marvel Universe LIVE show! This is your chance to see all of your favorite Marvel superheroes battle the Green Goblin, Electro, Black Cat, and many more infamous villains.

Kids of all ages and sizes are welcome on this epic quest to defend the earth against evil mutant forces. The fight to save the world begins at the BB&T Center in the city of Sunrise on January 12th, and at the American Airlines Arena on January 17th. Tickets are available at Ticketmaster and Vivid Seats.

Bringing back the nostalgia of the old school educational TV shows, School House Rock LIVE does not disappoint. Don’t be surprised if you find yourself singing along to old favorites like “Just a Bill” and “A Noun is a Person Place or Thing”.

This Emmy award-winning show of the 70s will rekindle the childlike spirit in you and introduce a new generation to clever educational songs about grammar, math, science, and politics. The pop culture phenomenon comes to a stage near you on January 14th at the Amaturo Theater.

Want a change of pace? Try a magic show. But, not just any magic show. The Masters of Illusion are bringing the magic in a show filled with the “greatest illusions of our time” to the Coral Springs Center for the Arts. You’ll want a front row seat for this performance filled with comedic tricks and dangerous escapes. Featured on CBS and The Today Show, The Masters of Illusion will be in Miami on January 16th. 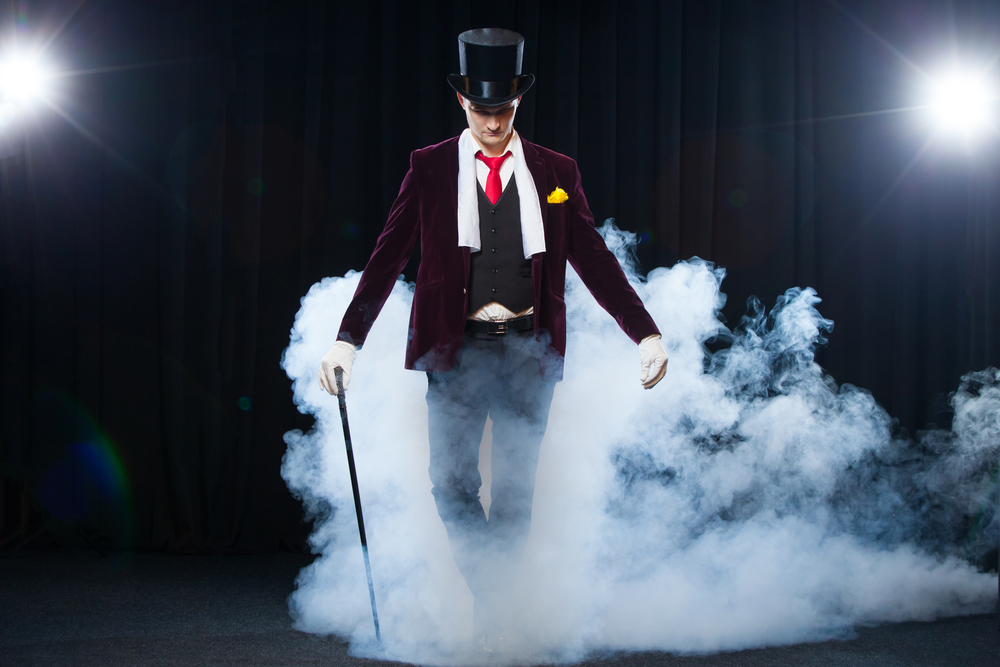 Adding to the lineup of adorable children’s books adapted for the stage, comes Rosie Revere, Engineer & Friends: Family Fun Series. This performance comes from the illustrated children’s book Rosie Revere, Engineer, and follows a young girl as she pursues her dreams of becoming an engineer. Rosie channels her ambitions and inspiration to develop unique inventions like hot dog dispensers, helium pants, and python-repelling cheese hats.

Displaying relatable and sincere personality traits, she hides her unique creations under her bed out of fear of failure. Yet, Rosie’s Aunt helps her realize that failure should be embraced and celebrated as a new opportunity to improve. This inspirational stage performance is appropriate for the whole family and will be featured at the Amaturo Theater on January 19th.

Based on a series of American children’s books, most popular amongst 2nd and 3rd graders, the Henry & Mudge play is a beloved live-action story of life, love, and loyalty between a young boy and his canine companion.

The story follows the young boy and his adored 182-pound mastiff as he adjusts to the new responsibility of owning a dog. When cousin Annie comes to visit, things take a turn and Henry runs away.  First published in the 80s, this popular children’s book has been adapted for the stage and will be performed at the Amaturo Theater on January 25th. Tickets are available through Ticketmaster.

Take a thrilling ride to the depths of the ocean at the Parker Playhouse, featuring Erth’s Prehistoric Aquarium Adventure. Rediscover ancient reptiles in an immersive and fun performance that combines science, actors, puppets, and technology to create an unforgettable experience for the whole family. Meet and greets are available with the show’s puppeteers and featured creatures. Get your tickets today for the January 18th show.

The Tropical Fish and Pet Expo is a great way to round out family-friendly activities in Miami. Presented by the Gold Coast Aquarium Society, it is the only plant and fish event in South Florida. If you are looking for a break from the excitement, come learn about a diverse variety of rare tropical fish, plants, and freshwater aquarium fish. The expo will be held at the Rodeway Inn & Suites on January 26th.

Call us for more details

These family-friendly activities in Miami during the winter season are just the tip of the iceberg of what this city has to offer. Other major events taking place include the Legacy Ball by the Granada Day School at the Hotel Colonnade Coral Gables and Your Alien: Family Fun Series at the Aventura Arts & Cultural Center. Another children’s book performance, this musical explores an uncanny friendship between a young boy and an alien.

We invite you to inquire for more details about these events or others in the area that you may be interested.

It’s a new year and there’s still time to continue the winter celebration. Ride the wave of new year resolutions and new beginnings by making plans to visit Miami Beach in January, and enjoy all that the city has to offer during the holiday season.

If you didn’t get an opportunity to see the sights during Christmas, the after party is still taking place in Miami Beach. With 70 degrees weather, it is a perfect time for sightseeing activities and strolling. In case you didn’t know, Miami Beach is the best place to chill in January, and we have a quick compilation of ideas you may want to explore with friends and family.

With over 100 rides, games, shows, and attractions, there is something for everyone in your entourage to enjoy. Whether you’re a big kid or little kid, you will enjoy the variety of rides, shows, interactive experiences, and food available. 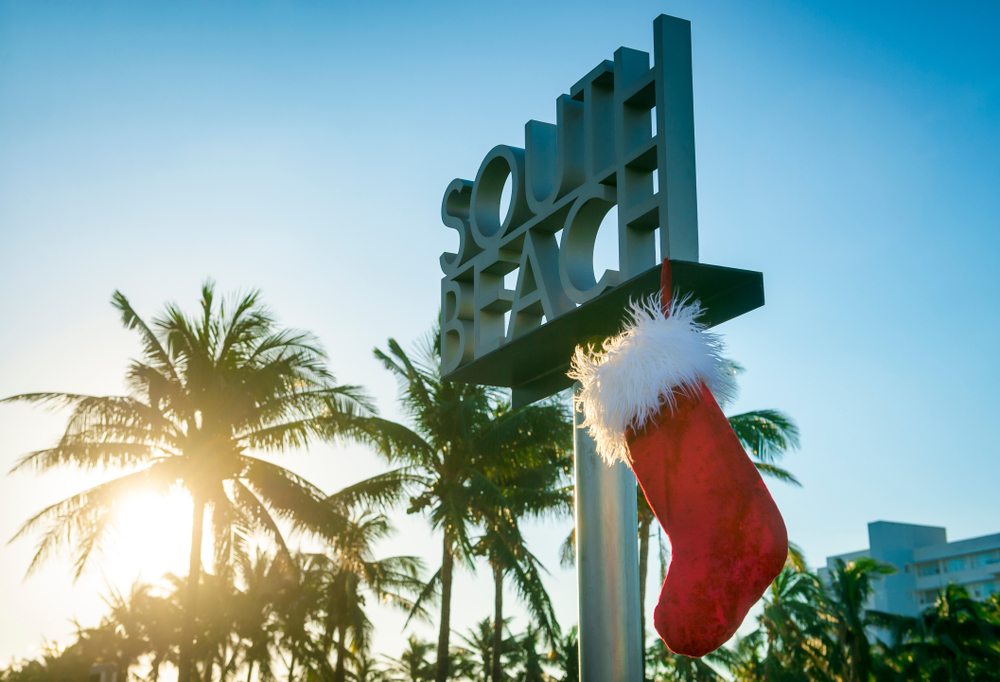 Looking for something different? An Everglades Airboat Tour is a great alternative and unique adventurous experience.

Exploring the Florida Everglades is a great outdoor activity for everyone in the family. During a thrilling ride on an airboat, guided by highly trained tour guides starting at 30 minutes, you may have the opportunity to catch a glimpse of wildlife.

Try a Red Eye Night Tour for 60 minutes and catch a glimpse of exotic nature. There are also private tours available for 60 minutes that give an in-depth view of the Everglades. Tours are available 7 days a week.

Try a cruise on the Biscayne Bay for a different sightseeing experience with the Venetian Islands, Miami Skyline, Miami Beach, Fisher Island, and Millionaire’s Row, that lasts for over an hour. There are three boats available, including a double-decker with the capacity of holding over 100 people.

Located conveniently by the Bayside Marketplace, you will have the chance to do a little shopping before or after the ocean adventure. If you’re looking for a change of pace, try out the Glass Bottom Boat Cruise on the Key Largo Princess that features John Pennekamp Coral Reef State Park and hundreds of exotic fish. During this water adventure (two hours long!), everyone is able to see the reef simultaneously.

Over 800 preserved buildings take center stage, with Ocean Drive being a featured attraction. Most notable hotels include the Clevelander, the Park Central Miami Beach, and the Winter Haven Hotel. Other iconic art deco locations also include the Fillmore Miami Beach at the Jackie Gleason Theater and the Radio City Music Hall.

After soaking in the rich art and cultural beauty of South Beach, make a detour to one of the many beaches Miami offers. Soak up the sun and escape the winter blues with a beach ball and ocean dip.

Take a Break in Miami

Miami Beach in January is a great time to take in the sun and sights during the holidays. With ideal weather and rich cultural events throughout the holiday season, there will be something for everyone to enjoy.

Whether you’re looking for unique and adventurous experiences available by boat, any time day or night, or if relaxing in the sunshine is your fortay, Miami Beach is always a good option year round.

Give us a call for more details on these events or others listed on our website, and we’ll be happy to help you with your next holiday excursion!